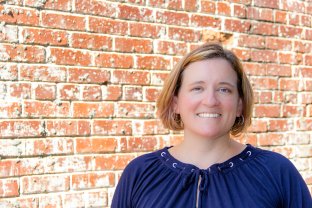 Dr. Kasie Whitener writes GenerationX and vampire fiction and is a member of the South Carolina Writers Association. Her day job is business owner and university professor, civic leader in entrepreneurship, business writer, and radio personality. At her core is fantasy romance and not-quite-getting-over-the-90s. Dr. Whitener has presented workshops for the South Carolina Council on Humanities, Bowling Green State University’s Winter Wheat Literary Festival, and the Pat Conroy Literary Center. Her short story “Cover Up,” won the Carrie McCray Prize in 2016 and was nominated for a Pushcart Prize that same year.

Rex Hurst is a horror and science fiction writer, who has been writing since he was twelve. He works as an assistant professor of literature and composition at South University. His books include: The Foot Doctor Letters- A Serial Killer Speaks Out; Across the Wounded Galaxy; Twin Villains; and Spiff Blasthandy- Behind the Screen. Two further volumes will be released later on this year: Assassin’s Cape and Satanic Panic. 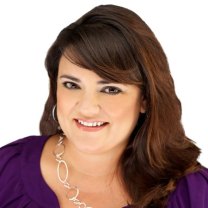 Jodie Cain Smith is an award-winning author, writer, blogger, mother-of-one, wife, and a musical theatre junkie. While she awaits her invitation to the Tony’s, she creates and edits content marketing and methodology documentation for Clemson Road Creative. BooksandAuthors.com selected Jodie’s debut novel, The Woods at Barlow Bend, as a 2015 Book of the Year in Fiction. Her second novel, Jubilee Bells, will be released in 2017 by Deer Hawk Publications. Jodie holds a Bachelor of Fine Arts in Theatre from the University of South Alabama and a Master of Arts in Education from Northern Michigan University. Her works of nonfiction and fiction have appeared in Chicken Soup for the Military Spouse’s Soul, The Savannah Morning News, The Fort Hood Sentinel, and The Petigru Review.

Preston Taylor Stone is a writer-performer from South Carolina. His poetry and/or fiction has appeared or is forthcoming in The Chronicle, Flash Fiction Magazine, The Moth, Poetry Quarterly, and Scarlet Leaf Review. He has been a reader and blogger for Spry Literary Journal and is a founder and the current chief editor of KAIROS Literary Magazine. He runs two literary blogs, A Book of One’s Own and The Near and Far, as well as a film and TV blog, The Informal Revue. He also runs the Joanne the Socialist Instagram account. He holds a B.A. in English from Clemson University and did graduate work in the M.A. in English program at National University in La Jolla, CA. He begins his PhD in English at the University of Miami in Coral Gables, FL in fall 2018, where his research will concern economics, finance, and labor in world literatures. For more information on Preston, visit his website at http://www.ptstoneofficial.com or follow him on twitter @ptstoneofficial.

McKendree R. (Mike) Long III is a retired soldier with two combat tours in Viet Nam.  His awards include the Parachutist Badge and the Combat Infantryman’s Badge. He and his wife Mary have two married daughters, four grandchildren, and four great-grands. He holds a BS in Business Administration, and is also a retired financial consultant. He’s a member of Western Writers of America, South Carolina Writers Association,  Military Writers Society  of America, Western Fictioneers, and SERTOMA. Publications – Historical novels: NO GOOD LIKE IT IS, DOG SOLDIER MOON, HIGHER GROUND, and BRODIE . Short Stories: TWO FOR ONE, CHOTEAU’S CROSSING, THE RESURRECTION, PUG’S WAR, EARTHLY RICHES,  UNFINISHED BUSINESS, TWO FUNERALS FOR BIG FRANK, and THE REAL LAST STAND. 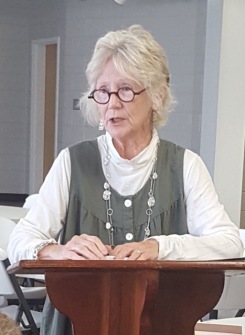 Bonnie Stanard is a graduate of the University of South Carolina, a former teacher, creative services coordinator, and editor. Marriage took her from the South to Chicago to Brussels, Belgium, and back to the States. Prior to returning to her home state, she edited local periodicals where she lived. Arriving late to the writing profession, she has published a children’s book and six novels, one of which was on BlueInk Review’s list of “Best Novels of 2016” and another that the James River Writers’ named a finalist for Best Self-Published Novel of 2016.” She is a member of the SC Writers Association and makes presentations in conjunction with the SC Humanities Council’s Speakers Bureau. Her poetry has won competitions sponsored by the River Poets Journal and Knock magazine; and her poem “River Voices” was nominated for a Pushcart Prize. Among the numerous literary journals that have published her work are Kestrel, Gravel, Slant, and White Ash Literary Magazine. http://www.bonniestanard.com. Blog: http://writepersona.blogspot.com.